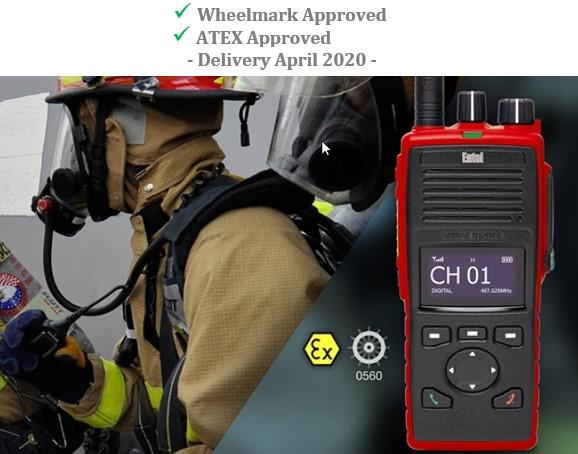 Based on recommendations from the International Association of Classification Societies (IACS), and endorsed by the EU, the International Maritime Organization (IMO) has reinterpreted the requirements and set ATEX IIB as the minimum new standard for all new Fire fighter Radios on-board EU flagged vessels.

From 3 October 2022, only Wheelmark approved Fire fighter Radios will comply with the new Marine Equipment Directive (MED) standard and meet the requirement to ensure all equipment is appropriate for the safeguarding of life and assets in extreme conditions and life-threatening situations.

Entel, a market leader in the design and manufacturing of commercial-grade maritime onboard communications, will be the first to offer a new range of MED compliant radios. Entel’s class-leading distinctive red bodied DTEx Series Fire fighter Radios are available in ATEX IIB, and for vessels requiring a more stringent gas rating, there is also an ATEX IIC variant.

In the latest version of the Implementing Regulation (IR) 2019/1397 to the Marine Equipment Directive (MED) 2014/90/EU, fire fighters two-way radiotelephone apparatus is included as a new item MED/5.20. Based on this, MED approved DT Series Wheelmarked radios were accepted for installations from 3 October 2019. By adopting the fire fighter radio in the MED, the EU is highlighting that these radios are an important part of safety on-board. As a consequence, these radios are moved from the Radio Equipment Directive (RED) to the MED. Technically this change of directive does not require any changes to Entel RED approved Fire Fighter radios already on board.